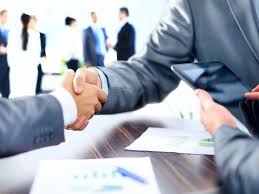 Rediffusion Y&R has always believed in growing talent internally through its philosophy of rewarding meritocracy and entrepreneurial skills. To this effect, Rediffusion Y&R is pleased to announce two key appointments in the Delhi office. Abhik Santara is being elevated as Vice President and Chraneeta Mann as Executive Creative Director.  Abhik will head the Delhi office while Chraneet

will head the Creative function at Delhi and will partner with Abhik to raise the bar of the Creative Product at the office.

Abhiks tryst with advertising began around 14 years ago with Desh ki Dhadkan and Ride Safe campaign of Hero Honda.  He has left his imprint on brands like Adidas, Twinings Speciality tea, Absolut Vodka, Whyte, Mackay Scotch, Hughes group and UNICEF.   He also successfully managed the entire brand portfolio of Nokia including the GSM and CDMA range of phones.  He also spearheaded the launch of Nokia NSeries in India and other APAC countries.  After Nokia it was Pepsico where he handled Mirinda, Mountain Dew, Tropicana and Twister.

Abhik has successfully handled Airtel, LG, Gluco+, Tata Water+, Himalaya and Danone at Rediffusion Y&R in the last 3 years in addition to now taking the lead on MTS. He has been a stable force on all the brands that he has worked on at Rediffusion Y&R and is known for his never say die attitude and for his astute business sense.

Abhik is a keen sports enthusiast and enjoys playing Tennis, Football and TT.  He is a totally devoted father to his two lovely children.  A great believer that there is something to learn from every interaction with people, he is an out-and-out peoples person.

Chraneeta is possibly one of the most sensitive and also a very fine creative mind who has been in the advertising business for the last 15 years.  She began her career as a junior copywriter at JWT and has left a mark on Sony Ericsson, Honda Car & Motorcycles, Daikin Air conditioners, Iffco Tokio General Insurance, Suzlon Wind Energy, Nomarks, Taj Group o

Chraneeta is possibly one of the most sensitive and also a very fine creative mind who has been in the advertising business for the last 15 years.  She began her career as a junior copywriter at JWT and has left a mark on Sony Ericsson, Honda Car & Motorcycles, Daikin Air conditioners, Iffco Tokio General Insurance, Suzlon Wind Energy, Nomarks, Taj Group of Hotels, GPI  Four Square, BPL home appliances, Ole soft drink in Sri Lanka, Lanka Tourisim, Maruti Suzuki  Maruti 800, Corporate, Gypsy, Indus League Clothing, W store for Womens wear to name just a few.  She has been involved in the launch of Airtel and has worked for more than 7 years on the brand.  More recently she has left her creative stamp on LG, Zootcampaign of MTS and the launch campaign of Tata Nano.

As a senior creative team lead at Delhi, Chraneeta has played a very significant role in the last 2 years in helping build some of the marquee brands in Delhi as also forging strong client partnerships.

Chraneeta has won innumerable awards and accolades over the years at both domestic and international front for advertising having also won the Best Copywriting award at the London International Awards.

She has an in-depth knowledge of vocal music having trained under the ghazal maestro Jagjit Singh and is a connoisseur of Indian Classical music, Jazz and alternative rock.  She is a voracious reader with Thomas Hardy and Haruki Murakami being her all-time favorites.  She loves writing lyrics and is extremely proficient with writing jingles and is exceptionally good at dialogue-based films.  She has to her credit a 30 episode soap opera for a leading Hindi entertainment channel.

Says D. Rajappa, President, Rediffusion Y & R, Both Abhik and Chraneeta are fine professionals with a proven track record. I am sure that they would bring infectious energy and passion and with a rejuvenated team contribute to the growth of Rediffusion Y & R, Delhi through effective and impactful communication solutions for the clients we partner in Delhi

Says Chraneeta Mann, Executive Creative Director, Rediffusion Y & R, Delhi, I started out in Rediffusion  Y & R, Delhi as a traineeand now I have been given the opportunity to head the creative function of the office. It feels great. I am looking forward to raising the creative bar of the office with the talented and enthused creative team in Delhi.  Rediffusion has always given me immense freedom to grow through all my years here. That is the culture I wish to propagate within the Delhi office tooto believe in your team and the great things that they are capable of and provide them the opportunities to excel

Says Abhik Santara, Vice President, Rediffusion Y & R, Delhi Rediffusion is a great institution and is built on a very strong foundation. The kind of iconic brands we have built over the years and some long standing relationships are testimony to that. In the last couple of years it has been great to be a part of this exciting journey and now to lead it from the front. The current talent pool in the agency, the leadership and the ongoing client partnerships across the group provides immense opportunities. Delhi is the most exciting and a rapidly growing market and we have only one way to go from here - up. The challenge is great and the opportunity is greater!